Trent Dalton: All Our Shimmering Skies

Trent Dalton's novel, All Our Shimmering Skies, is an exhilarating tale of love, friendship and gifts that fall from the sky. Set in the Northern Territory during World War II, it’s filled with Trent’s typically acute observations, larger-than-life characters and moments of both pure joy and heartbreaking sadness. In conversation with Annabel Crabb, Trent discusses his extraordinary rise to literary acclaim, the much-loved international phenomenon, Boy Swallows Universe, and the new book he calls a love letter to Australia.

Listen below and on all major podcast platforms.

All Our Shimmering Skies is available via Gleebooks.

Trent Dalton is a staff writer for the Weekend Australian Magazine and a former assistant editor of The Courier Mail. He’s a two-time winner of a Walkley Award for Excellence in Journalism, a four-time winner of a Kennedy Award for Excellence in NSW Journalism and a four-time winner of the national News Awards Features Journalist of the Year. His number 1 bestselling debut novel, Boy Swallows Universe, broke records to become the fastest selling Australian debut novel ever. It is being published globally across 34 English language and translation territories and has won many major Australian literary prizes including the UTS Glenda Adams Award for New Writing at the 2019 NSW Premier’s Literary Awards, the 2019 Indie Book of the Year, NSW Premier’s Literary Award for New Writer and People’s Choice, the Indie Book of the Year and a record-breaking four Australian Book Industry Awards. Boy Swallows Universe is currently being adapted for the stage by Queensland Theatre Company and for the screen, with Joel Edgerton attached.

Annabel Crabb is a writer and presenter for the ABC. She's also a keen amateur podcaster and co-hosts the inexplicably popular Chat 10, Looks 3 podcast with her colleague Leigh Sales, who lends credibility to the exercise. Annabel has worked extensively in newspapers, radio and TV as a political journalist and won a Walkley Award for Stop At Nothing: The Life And Adventures of Malcolm Turnbull. She published a bestselling book about gender and work, The Wife Drought, in 2014 and has published two cookbooks with childhood friend Wendy Sharpe, the latest of which is Special Guest. Her most recent Quarterly Essay is Men at Work. 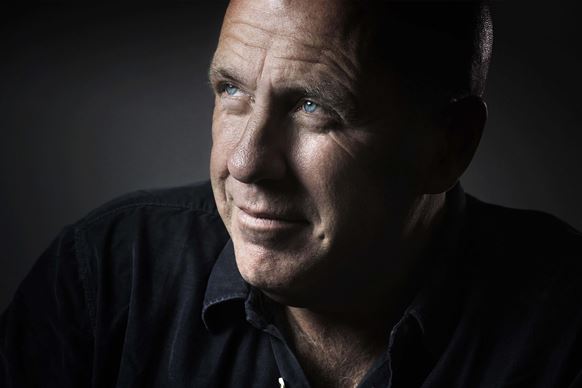