Blowing the Whistle: Government, the Law and Secrecy

Lawyer Bernard Collaery faces jail for allegedly helping his former client, intelligence officer Witness K, expose Australia’s bugging of the East Timorese government to gain the upper hand during oil and gas negotiations. His ongoing legal case has been described as a grave threat to freedom of speech at home. Discussing his new book, Oil Under Troubled Water: Australia’s Timor Sea Intrigue, Bernard appears alongside Julian Burnside, with host Eleanor Hall, to explore the fragile, fraught and vitally important relationship between our government, the legal system and whistleblowers. 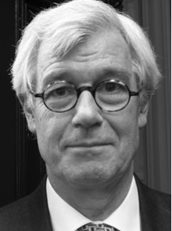 Julian Burnside QC is a Melbourne barrister specialising in commercial litigation. He is a former president of Liberty Victoria, and has acted pro bono in many human rights cases, in particular concerning the treatment of refugees. He is the author of Watching Out: Reflections on Justice and Injustice, Wordwatching, Watching Brief, and Matilda and the Dragon. He compiled a book of letters written by asylum seekers held in Australia’s detention camps, published as From Nothing to Zero. In 2004, he was elected as a Living National Treasure, and in 2009 he was made an Officer of the Order of Australia. In 2014, he was awarded the Sydney Peace Prize.

Charged, along with Witness K, for allegedly breaching the Intelligence Services Act 2001, and forbidden from talking about the charges against him, Bernard Collaery provides the whole sordid backstory to Australian politics ‘biggest scandal' in Oil Under Troubled Water. Throughout his career as a solicitor, barrister and politician Collaery has been a fearless advocate for human rights specialising in litigation in some of Australia’s highest profile catastrophic personal injury cases.

Eleanor Hall was the voice of ABC radio current affairs at lunchtime for almost twenty years as the host of ABC radio's The World Today. A former reporter for ABC TV News, the 7.30 Report, Lateline and Foreign Correspondent, she was the ABC's Washington correspondent in the late 1990s and she worked for five years in the Canberra parliamentary press gallery. Since 2011 she's participated in the Australia America Leadership Dialogue. In 2012 she won the European Union’s Journalism award.

The War in Newsrooms