Mehreen Faruqi (Too Migrant, Too Muslim, Too Loud) was the first Muslim woman to become a senator in Australia. A life-long feminist and anti-racism activist, she received the Edna Ryan Grand Stirrer Award in 2017, which recognises those who boldly challenge the status quo. Osman Faruqi is the Editor of 7am, Schwartz Media’s daily news podcast. Previously a reporter with the ABC, he’s an award-winning, respected and fearless commentator and has his first book – on race relations in Australia – on the way. He is also Mehreen’s son. Sally Rugg (How Powerful We Are) leads this riveting conversation on politics, media – and some affectionate roasting – between two grand stirrers.

Osman Faruqi is Editor of Schwartz Media’s daily news podcast, 7am. He has worked as an editor at the ABC and was an award-winning reporter with the flagship audio documentary program Background Briefing. He has judged the NSW Premier’s Literary Awards and is writing a book on race in Australia with Penguin Random House.

Dr Mehreen Faruqi is the Greens Senator for New South Wales. She is a civil and environmental engineer and life-long activist for social and environmental justice. In 2013, she joined NSW State Parliament, becoming the first Muslim woman to sit in an Australian parliament. In 2018, Mehreen became Australia’s first Muslim senator. She has been a passionate advocate against racism and misogyny. Since joining the federal senate, Mehreen has been an outspoken advocate for public education, social housing and animal welfare. She continued her work calling out discrimination in her first speech, condemning the “legitimisation, normalisation and encouragement” of hate in politics and the media. She is the Australian Greens spokesperson for education and lifelong learning, housing, animal welfare, local government, gun control and industry. 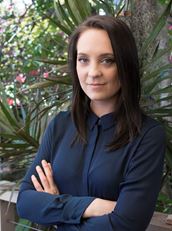 Sally Rugg is a LGBTIQ activist and the Executive Director of Change.org Australia. She worked at the forefront of the campaign for marriage equality while Campaign Director at GetUp. Her book How Powerful We Are is about dirty politics, sophisticated campaigning and how Australia finally said 'yes' to love.

I Don't Hold a Hose Mate: Leadership and Accountability