This is a free event, however bookings are essential. Limit two per person. 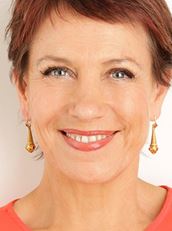 Jennifer Byrne is a senior journalist and broadcaster who has worked in all arms of the media: print, radio and television. Having done her cadetship at The Age and worked on UK’s Fleet Street, she was a founding reporter with Channel Nine’s Sunday program and spent some 12 years travelling the world for 60 Minutes and as an anchor for Foreign Correspondent. She was publishing director of Reed Books, morning presenter on ABC radio, won national awards as interviewer and columnist for The Bulletin and, in May 2006, returned to TV to create the country’s first televised book club, which ran on the ABC for 11 years until 2019.

Jason Steger is books editor of The Sydney Morning Herald and The Age. He is a former panellist of ABC TV's The Book Show.

A Fine-Figured Man With a Camera (Blue Mountains)