Jonathan Lusthaus: Industry of Anonymity - Inside the Business of Cybercrime

Oxford University cybercrime expert Jonathan Lusthaus spent seven years interviewing law enforcement agents, security gurus, hackers and criminals. The result, Industry of Anonymity, is the most extensive account yet of the lives of cybercriminals and the vast global business they have created. To shed light on this murky underworld, he speaks with James Der Derian, outlining a highly organised profit-driven enterprise, and the informal arrangements that underpin cooperation among anonymous criminals in a low-trust environment.

Jonathan Lusthaus is Director of The Human Cybercriminal Project in the Department of Sociology, University of Oxford. He is also an Adjunct Associate Professor at UNSW Canberra Cyber. His research focusses on the "human" side of profit-driven cybercrime: who cybercriminals are and how they are organised. A regular speaker at major cybersecurity conferences, Jonathan has written widely across academic, policy and media publications, including for Global Crime, Democracy and the New Statesman. He holds a doctorate in Sociology from the University of Oxford, where he was a Clarendon Scholar. Industry of Anonymity: Inside the Business of Cybercrime was published by Harvard University Press in 2018. 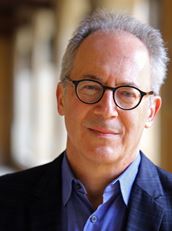 James Der Derian is Michael Hintze Chair of International Security and Director of the Centre of International Security Studies at the University of Sydney. He writes books and produces documentaries on war, peace, media and technology, including After 9/11, Virtuous War: Mapping the Military-Industrial-Media-Entertainment Network, Critical Practices in International Theory, Human Terrain: War Becomes Academic, and Project Z: The Final Global Event. His current book and documentary film is Project Q: The Question of Quantum.

Can You Spot a Liar?