Step into the ‘Expression Station’, dress up, strike a pose and settle in for a truly fabulous experience at  Rainbow Storytime! Featuring some of Sydney’s most exciting LGBTIQA+ performers, including Betty Grumble, and star of Black Divaz and inaugural Miss First Nations 2017 winner Josie Baker, as they read their favourite picture books and invite visitors to join them on a fun celebration of self-expression and individuality. Dig into our wardrobe full of the sparkly, tassled, floaty, radiant and elegant clothes you’ve dreamed of wearing and have your photo taken!

Supported by The Aurora Group.

Kilia Tipa is a Western Sydney based ‘fakaleiti’ artist, with a movement-based practice focusing on queer belonging and cultural performativity. Her work investigates personal experience, from her cultural heritage as a Tongan and Maori ‘Fakaleiti’ person and her identity as a trans non-binary identity living and growing up in suburban Sydney.

Josie Baker, drag persona of performance artist Joseph Cardona, appeared in NITV’s documentary Black Divaz and took out the crown in the inaugural Miss First Nations 2017 competing against Australia’s best Indigenous drag queens. Joseph has been performing drag since 2004 and is passionate about mentoring Indigenous youth.

NICOLA is inspired by art and theatre which has the ability to redefine gender constructs. Breaking down binary limitations that exist, they create gender-less performance art through the exploration of movement. They are a gender bending performer who is all about loving hard, giving energy and creatively fighting for our freedom and inclusion. Inspired by the 1970s Italian Diva, they are free spirited, twirling and exhilarating: everyone’s favourite FLAIL KWEEN!

Betty Grumble’s award winning work has been critically lauded across the board. From the polished stages of Belvoir St Theatre and Sydney Opera House, to the swampy dens of Sydney’s Queer Underground and International Fringes. Grumble is a founding member of performance gaggle Gang of She and has her MFA in Fine Arts, her practice bounces from stage to street, screen to shawomanic ceremony. 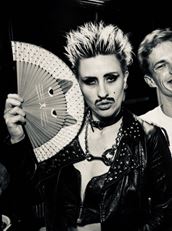 Megana Holiday is a multi disciplinary actor and performer from Perth. A Western Australian Academy of Performing Arts graduate, she cut her teeth in the world of theatre both here and abroad touring shows with Belvoir Street Theatre, Melbourne Theatre Company and Lucy Gudrun Inc.  Channelling drag, comedy and clowning Megana is a regular performer at Sydney queer night life institutions such as the Red Rattler, The Bearded Tit, Kooky, Sydny Kings and Honcho Disko and is known to fall asleep on stages and in cloak rooms around the city. 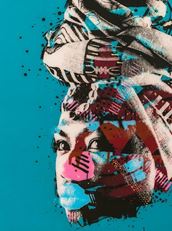