The 2018 royal commission into the misconduct of the banking, superannuation and finance industries exposed greed, mismanagement and cover-ups. But have the sectors learned to stop profiting at the expense of ordinary Australians? Go behind the scenes with Fairfax business writer and Banking Bad author Adele Ferguson, former Commonwealth Bank employee and key whistleblower Jeff Morris, and ABC business reporter and A Wunch of Bankers author Daniel Ziffer, in conversation with ABC’s Emma Alberici.

Adele Ferguson is a multi-award winning investigative journalist for The Age and The Sydney Morning Herald and a guest reporter on Four Corners and 7:30. She is the author of an unauthorised biography on Gina Rinehart and Banking Bad. Adele has a Bachelor of Economics and Arts from Adelaide University and her awards include eight Walkleys including the Gold Walkley, a Logie, the Graham Perkin journalist of the year, 22 Quills including two gold quills, and 12 Kennedy awards including two gold. In 2019 she was made a Member of the Order of Australia.

Daniel Ziffer has worked at the intersection of journalism and public debate for nearly two decades. He covers Melbourne-based issues for ABC News. Daniel is the long-time senior producer of Mornings with Jon Faine, ABC Radio Melbourne, and has worked on air and in production at Macquarie Radio producing Steve Price, Andrew Bolt and Steve Vizard, as a freelance foreign correspondent based in New York City, journalist at The Age and a magazine editor.

Jeff Morris is known as the CBA Whistleblower whose actions in relation to what he found when he joined Commonwealth Financial Planning in 2008 helped to spark the Banking Royal Commission. Jeff stood up for the distressed victims of rogue financial planners and spent literally years trying to get the corporate regulator ASIC to take effective action until in 2013 he teamed up with journalist Adele Ferguson to blow the lid off the scandal and campaign for the Royal Commission.

Emma Alberici is the ABC’s Chief Economics Correspondent and a roving foreign correspondent. Her career began at News Limited's Herald Sun before moving to the Nine Network for 10 years. In 2002 she took a job at the ABC where she’s been 7.30's Finance Editor, a senior reporter on radio and the Europe Correspondent based in London for four years. Emma returned to Australia to host ABC TV's Lateline, which she presented for six years until December 2017. She is the author of three editions of The Small Business Book and is currently writing a memoir. 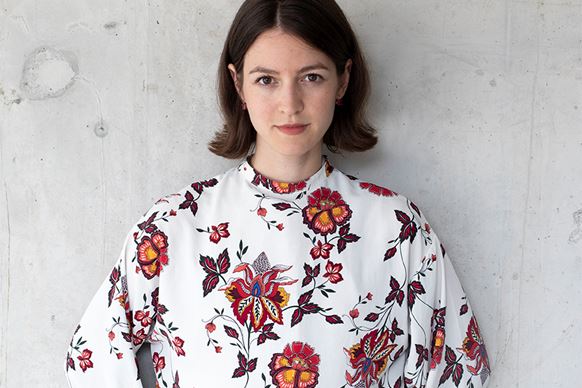 Corruption in the Church