Some of the Festival’s most acclaimed authors discuss how their novels deal with points of political upheaval. Together they consider how fiction can help us digest complex ideas, allow for a more nuanced commentary on intricate political situations, and express more emotional truth than its counterpart, non-fiction. Featuring critically acclaimed Iranian author Amir Ahmadi Arian (Then the Fish Swallowed Him), award-winning author Anna Krien (Act of Grace), bestselling novelist Colum McCann (Apeirogon) and American novelist Nell Zink (Doxology) in conversation with SBS presenter Anton Enus.

Colum McCann is the author of seven novels and three collections of stories. Born and raised in Dublin, Ireland, he has been the recipient of many international honours, including the National Book Award, the International Dublin Impac Prize, a Chevalier des Arts et Lettres from the French government, election to the Irish arts academy, several European awards, the 2010 Best Foreign Novel Award in China and an Oscar nomination. In 2017, he was elected to the American Academy of Arts. His work has been published in more than 40 languages. He is the Co-Founder of the non-profit global story exchange organisation, Narrative 4, and he teaches at the MFA program in Hunter College. His latest novel is Apeirogon, a story of two fathers in Israel and Palestine.

Anna Krien is the author of the award-winning Night Games and Into the Woods, as well as two Quarterly Essays, Us and Them and The Long Goodbye. Anna's writing has been published in The Monthly, The Age, Best Australian Essays, Best Australian Stories and The Big Issue. In 2014, she won the UK William Hill Sports Book of the Year Award, and in 2018 she received a Sidney Myer Fellowship. Her first novel is Act of Grace.

Amir Ahmadi Arian is a critically acclaimed Iranian author. His English language literary debut is Then the Fish Swallowed Him. Starting out as a journalist in Iran in 2000, Amir left his home country in 2011 to complete a PhD in comparative literature at the University of Queensland. He has since published a collection of stories, a non-fiction book and two novels in Persian. His English short stories and essays have appeared in The New York Times, Guardian UK and other publications. Amir has also translated novels by E. L. Doctorow, Paul Auster, P. D. James and Cormac McCarthy from English to Farsi. He earned a Master of Fine Arts in the NYU Creative Writing Program as The Axinn Foundation/E. L. Doctorow Fellowship recipient. Amir teaches literature and creative writing at CUNY City College and currently lives in New York.

Nell Zink is an American who has lived in Germany for 20 years and came to publishing late in life. Her novels include The Wallcreeper, which was a New York Times Notable Book of 2014, the National Book Award nominated Mislaid, Nicotine, and most recently the indie-rock epic Doxology. Her short pieces have appeared in n+1, Harper's and Granta.

Anton Enus has been a broadcast journalist for more than 35 years, working initially in his native South Africa during the apartheid era and in the transition to democracy. For the past 20 years he’s been a news presenter for SBS World News. He has also been an ambassador for Bowel Cancer Australia since 2014 and advocates strongly on behalf of the national bowel cancer screening program. 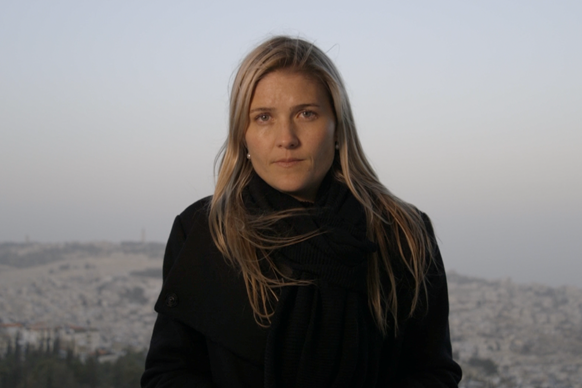