Stars of Stage and Screen

“Let us go then, you and I,/When the evening is spread out against the sky/Like a patient etherized upon a table.” (T.S. Eliot)

In 2021 some of Australia’s most beloved stars of stage and screen joined us at Sydney Writers’ Festival to share the words of the poets; to serenade us and delight us with sonnets and couplets and verse. The event was the brainchild of our previous CEO, the late Chrissy Sharp, whose love of great poetry and career of wrangling actors combined to create an extraordinary evening. And the tradition continues. Join us for one of the most unmissable celebrations of words on the calendar. Featuring Heather Mitchell, Johnny Leary, Paul Capsis, Ella Scott Lynch, Catherine Văn-Davies, Max Cullen, Sacha Horler and Brendan Cowell.

This event is Auslan interpreted. Contact our ticketing team either by phone on (02) 9256 4200 or via email at ticketing@swf.org.au to book the best sight line. Visit our Accessibility page for more information. 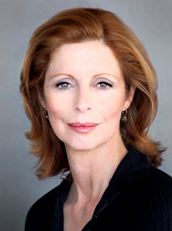 Heather Mitchell AM is one of Australia's most acclaimed actors appearing regularly in Theatre, Film and Television. With a career spanning four decades, she has performed in hundreds of productions and her film and television credits are countless. She has worked alongside some of the world's greatest actors, directors and writers and has won awards both here and in the United States. Heather is on the Board of the Sydney Theatre Company and a Director on the Foundation Board. She is an Ambassador for the National Centre for Cancer Survivorship and was previously on the Board of NIDA. She was awarded an AM in the 2019 Australia day honours. Her acting credits include the soon to be released Wakefield and The Unusual Suspects. Other credits include Operation Buffalo; Rake; A Place to Call Home; Palm Beach; The Great Gatsby; Rogue; and in theatre Strictly Ballroom the Musical; The Hard in The South; and The Still Point Turning, The Catherine McGregor Story.

Brendan is an award-winning writer, actor and director for television, theatre and film. He wrote the smash hit Ruben Guthrie for Belvoir St Theatre in 2009, and wrote two episodes of the multi award-winning series The Slap. He has won the Patrick White Playwright's Award, the Philip Parsons Young Playwright's Award and the Griffin Award. He was a writer on the acclaimed TV series Love My Way, in which he also starred. Brendan's debut novel How It Feels was published in 2010, and his most recent book Plum was longlisted for the 2022 Indie Book Awards.

Catherine Văn-Davies is a multi-award-winning Vietnamese-Australian stage and screen actor based in Sydney.  Born in Canberra, spending her early childhood in Bogor, Indonesia and her school/tertiary years in Brisbane.  She graduated from QUT with a BFA (Acting) in 2006 and trained at HB Studio, New York in 2010. She has had an extensive career in theatre, performing at major arts institutions around the country and internationally, and in the last couple of years has been a new face in Australian television. 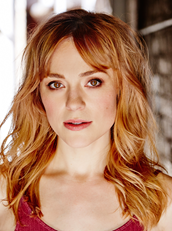 Ella graduated from the prestigious drama school NIDA in 2004, having previously appeared at an early age in the Academy Award-winning film Shine in 1996. Ella's most recent film credits include the recently released Pimped by writer/director David Barker; and Standing Up For Sunny directed by Steve Vidler. Other film credits include Monkey Puzzle; Charlotte's Web; and Emulsion.

Ella's work in Australian television is extensive. She can currently be seen in the second series of the Sky/Foxtel television series Upright starring Tim Minchin. She also recently appeared in Nine Network series' Amazing Grace, and mini-series Informer 3838 playing the lead role of duplicitous barrister Nicola Gobbo. Prior to this, Ella was perhaps best known for her role in the acclaimed ABC series Crownies and the spin-off series Janet King. Ella has also appeared in the ABC/HBO Asia series Serangoon Road alongside Don Hany, the hugely successful Network Nine franchise Underbelly, and three seasons of the hugely popular series Love Child.

Ella played a lead role in the telemovie The Falls starring alongside Georgie Parker and Vince Colosimo and appeared in the ABC production The Silence, produced by Jan Chapman and directed by Cate Shortland. She also appeared in Channel 7's City Homicide.

Further television credits include the ABC murder mystery series Miss Fisher's Murder Mysteries, the Australian political thriller The Code, the Network Ten mini-series Brock, the ABC's legal series Newton's Law and the Seven Network's series Home & Away and All Saints. Most recently, Ella has filmed roles in the ABC mini-series Easy Beats and Doctor Doctor for the Nine Network, appearing in series 2, 3 and 4. In 2016 Ella made her debut appearance on U.S. television in the NCIS drama franchise, NCIS: Los Angeles. 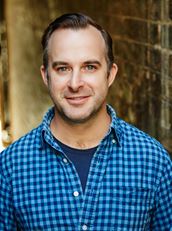 John is an actor whose relationship to the literary world started with his first ever professional theatre gig. Straight out of drama school, John landed a role in Belvoir’s award winning and world touring production of Cloudstreet, based on the Tim Winton novel. His film debut was also a book adaptation, Where the Wild Thing Are. Since then, he has appeared in several book adaptations on stage and screen, notably The Book of Everything (Belvoir) and The White Guard (Sydney Theatre Company) as well as the films Red Dog and Pirates of the Caribbean V - which, whilst not based on a book, was inspired by an alternate piece of source material: a rollercoaster ride at Disneyland.

John is also the host of The Saturday Quiz, a weekly podcast where he tests the general knowledge of a different pair of celebrity guests each week using the quiz in The Saturday Paper. 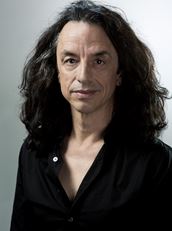 Paul Capsis is one of Australia’s most versatile performers. His extensive career has included theatre, live concerts, cabaret, television, and film. Paul has worked with many leading Australian theatre companies (STC, MTC, Malthouse Theatre, STCSA, and Company B Belvoir) and has performed in Vienna, Valletta, Hong Kong, London, Edinburgh, and New York. 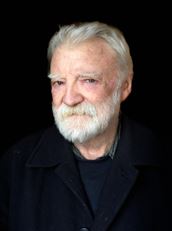 Max Cullen is a leading Australian actor with a long career in the visual and performing arts.

Starting as a painter and sculptor, Max studied acting under Hayes Gordon at The Ensemble Theatre which led to performances in over a dozen plays. Since then he has had a prolific acting career on stage, in film and on television. He has performed in plays including; Fortune and Men’s Eyes, Shadow of A Gunman, A Singular Man, This Old Man Came Rolling Home, Siestas In A Pink Hotel, Emerald City, The Ham Funeral, Big Toys, Sons of Cain, Summer of the Seventeenth Doll, The Cheery Soul, Hamlet, The Tempest, A Street Car Named Desire, As You Like It, Death Of A Salesman, Small Poppies, The Siege Of Frank Sinatra, The Great Man, Cloudstreet, Ashes to Ashes, I Ought To Be In Pictures, A Couple Of Blaguards, The Sunshine Boys, Waiting For Godot, Buried Child, All My Sons, One Day Of The Year, Scenes From A Separation, The Daylight Atheist, Looking Up Lower, Faces In The Street – A Salute to Henry Lawson, Dead Men Talking and Twelfth Night.

Max is a published poet and short story writer, his memoir Tell ‘em Nothing Take ‘em Nowhere was published by Pan MacMillan in 2010.

Cullen is currently working on his next novel, continues to produce art and exhibits regularly in public exhibitions. 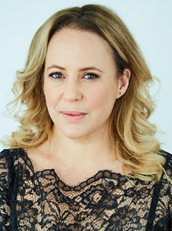 Sacha Horler graduated from Sydney's National Institute of Dramatic Arts in 1993 and made her film debut two years later with a role in the music-themed comedy Billy's Holiday. Among her Sydney stage credits were featured roles in the one-act play collection Playgrounds (1996) and Harold Pinter's theater classic The Birthday Party (1997). In 1997, Horler was featured in the Australian-produced drama Blackrock, and the following year she appeared in the international hit Babe: Pig in the City.

Over the next ten years, Horler appeared in various roles in a number of Australian TV series. The more significant of these were the Australian Broadcasting Corporation comedy TV series Grass Roots in 2000 and 2003, the miniseries Changi in 2001, TV series drama CrashBurn and science fiction drama Farscape in 2003, and drama series headLand and the critically acclaimed Love My Way in 2006.

In 2009, Horler starred in the AFI-nominated Australian drama My Year Without Sex. Since then she has had recurring roles in a number of Australian drama series including Offspring in 2010, Small Time Gangster and legal drama Crownies in 2011, and the telemovie Beaconsfield in 2012.