19 May 2020 Feature, Reading List
Back to stories
Categories
Archives 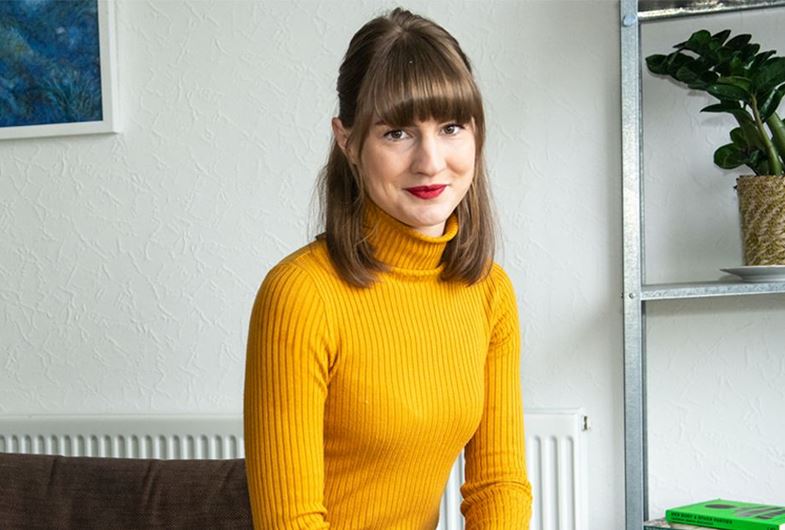 Lucia Osborne-Crowley, author of I Choose Elena, shares ten books that have inspired the themes and subjects in her own work.

In another world, I would be spending this particular Sunday afternoon packing my bags to get on a flight from London to Sydney to appear at the Sydney Writers’ Festival. Due, of course, to the terrifying circumstances in which we now all find ourselves, I am instead spending my 42nd straight day inside my flat, under strict lockdown orders enforced across all of the UK.

The book I was due to be speaking about at the Festival – I Choose Elena – is about what it means to live in the body of a woman. It is a very interesting time to be a writer who thinks about bodies, because all of a sudden the corporeal realities of every person’s existence has come crashing in on them. Everyone is aware of their bodies and their potential failings; for some it is the first major moment of this cognisance. For women, it is unlikely to be so.

So many people are learning during this pandemic what so many women have always known: that the body can be a very lonely place when it is under threat.

So during my period of lockdown, which stretches out before me for at least another month, I have spent a lot of time reading about bodies, and reflecting on how and why we need to write about them, now more than ever. This is a list of what I’ve been reading and re-reading.

Hunger: A Memoir of (my) Body by Roxane Gay

This is the memoir I come back to again and again when I am thinking about how to examine the body through writing. Roxane’s extraordinary book describes the day she was gang-raped by a group of boys she knew when she was 12 years old. She describes her relationship to her body as being split, ruptured, into “the before” and “the after.” As a way to make herself feel safe in her body, feel protected from the kind of devastating harm that had befallen her, Roxane spends years putting on weight. Her work informed one of the central elements of my thinking about bodies: that so many women’s bodies are forced to act as a canvas, always finding a way to express in a physical form the unbearable moments we wish to forget. I always come back to this line in Roxane’s work: “This is a memoir of (my) body because, more often than not, stories of bodies like mine are ignored or dismissed or derided. People see bodies like mine and make their assumptions. They think they know the why of my body. They do not.”

This exquisite collection of essays is one of my favourite pieces of work on bodies and womanhood. It is an essay collection that comes together to form a memoir of one body, with this notion being at the very core of the work: we each live in one body, and it carries all of our scars. In the end, I always think when I read Sinéad’s work, the body is the only thing we own.

Life of the Party by Olivia Gatwood

This anthology is dedicated almost entirely to the idea of what it means to live – and more specifically, what it means to die – in the body of a woman. It is a collection of poems exploring Olivia’s obsession with true crime, and particularly crime involving gender-based violence. Each of these poems is an honest and truly illuminating look at just how dangerous it is to possess a woman’s body, and also at what we are supposed to do with the fear and anxiety that comes with living in a body under constant surveillance and siege.

This book-length essay has informed so much of my thinking about body image in the months since it was published. The essay is a careful, thoughtful and very well-researched examination of what female body anxiety and beauty sickness looks like in 2020, looking both outward at the world and inward at Bri’s own internal struggles, which are artfully depicted.

Make It Scream, Make It Burn by Leslie Jamison

Leslie Jamison is the author who has influenced me more than any other, and she is also the writer who taught me how to write honestly and evocatively about bodies. Her ability to excavate both the unsayable and the mundane things about living in a woman’s body has been the driving force behind everything I have published. Her new essay collection is no exception. In finishing my second book these last few months, I keep coming back to an essay in this collection about Leslie’s eating disorder and then, years later, her pregnancy. The way this essay speaks about the journey one body can undertake, from restriction to creation, is one of the most thoughtful pieces of writing about bodies I have ever come across.

Girl, Woman, Other by Bernadine Evaristo

Over this past year I have been so profoundly grateful for writing that examines the way our relationship to our bodies impacts our experience of intimacy and sexuality, and no book does this better than Girl, Woman, Other. The way these interlocking stories explore the way 12 different women navigate their intimate, romantic and sexual lives gives this element of life the depth and thoughtfulness it deserves, but is rarely afforded.

In The Cut by Susanna Moore

Susanna Moore’s novel about a young woman who is murdered shortly after the protagonist, Frannie, is the last person to see her, is another thrilling and honest representation both of female sexuality and of the reality of living in the shadow of violence against women. By moving between a story of murder and a raw tale of a racy affair between Frannie and a police officer, Moore manages to capture perfectly both pleasure and pain, freedom and imprisonment. It is brilliant.

“An encounter during which my body remembered the possibility of a violent death:” that is how Ellena Savage describes her sexual assault in the first essay of her new collection. Those words have stayed with me, and come back into my mind again and again, since I first read them. They are, to my mind, representative of every page in the collection. Ellena’s writing about bodies and violence is achingly accurate and impossible to look away from. The collection is a series of personal essays with a beautifully experimental form, poetic and lyrical – it speaks to all the possibilities of non-fiction writing about women and bodies and I absolutely adore it.

Pain and Prejudice by Gabrielle Jackson

This is a book I have been waiting to read for so many years. It is a close and unflinching look at the way women’s bodies in pain are dismissed, questioned, undermined and mistreated. Gabrielle’s own story of struggling with endometriosis is combined with incisive research about how and why we have ended up in a society that treats women’s pain and illness as less important than men’s. The research and reporting in this book is second to none.

Conversations With Friends by Sally Rooney

This is another one I keep returning to. While the novel is often described as centering on a complex four-way love affair, to me it is most importantly a meditation on the experience of living in a young woman’s body. We watch closely as the protagonist experiences her first encounters with sex with men – at 21, she had previously been in relationships with women – and all of the anxiety, pain and dissociation that so often comes with this experience. It also brilliantly describes the experience of losing control of one’s body, as Frances becomes very sick and is hospitalised with endometriosis. She says to the reader: “I realised my life would be full of mundane physical suffering, and that there was nothing special about it. Suffering wouldn't make me special, and pretending not to suffer wouldn't make me special. Talking about it, or even writing about it, would not transform the suffering into something useful.”

Lucia Osborne-Crowley is a writer and journalist. Her news reporting and literary work has appeared in Granta, The Sunday Times, HuffPost UK, Guardian UK, ABC News, Meanjin, The Lifted Brow and others. Lucia works as a staff reporter for Law360. I Choose Elena is her first book. She lives in London and is working on her second book, which will be published in 2020.

I Choose Elena is available from Gleebooks.