22 May 2022 Feature
Back to stories
Categories
Archives 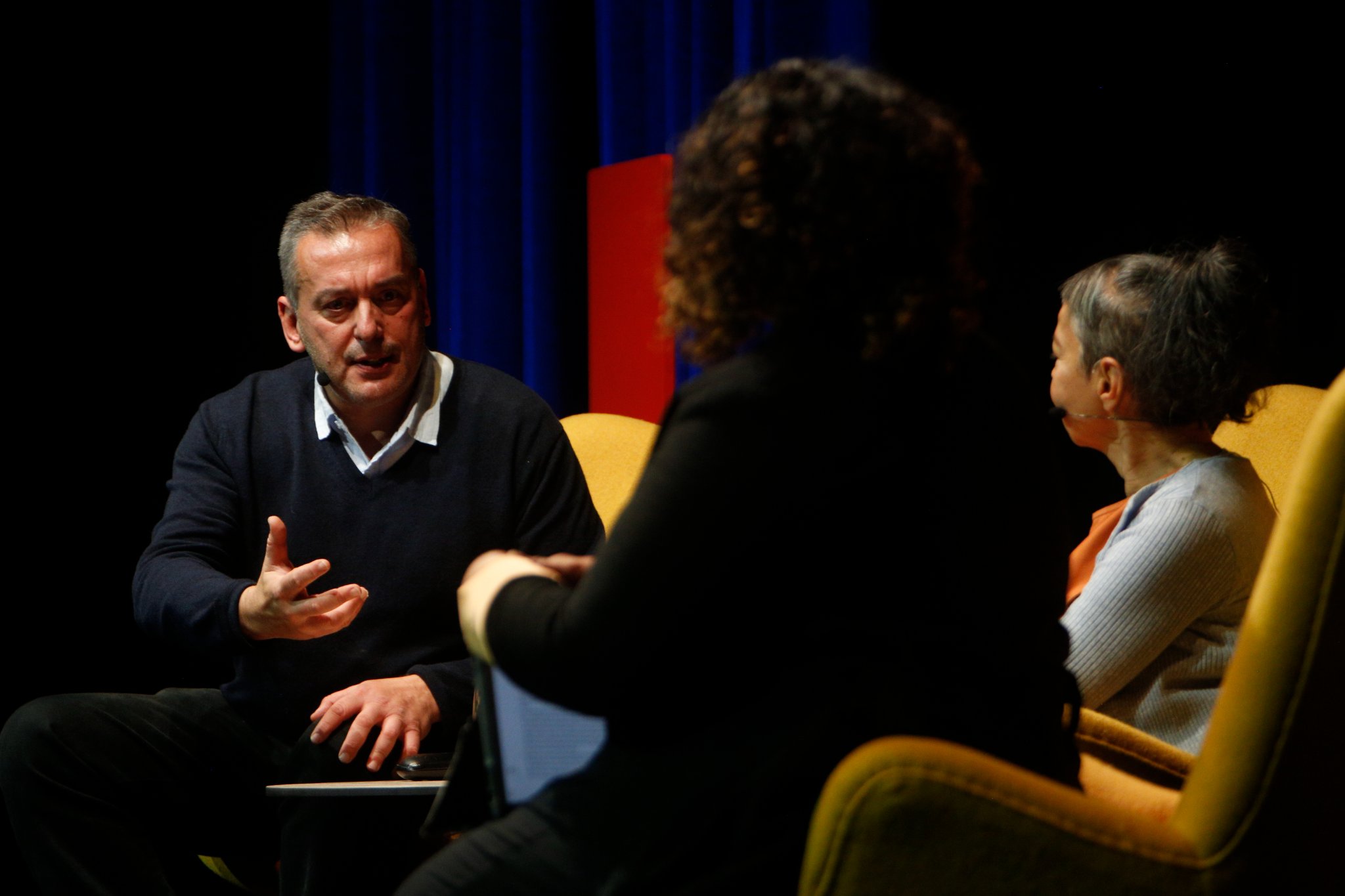 Farz Edraki, Iranian-Australian writer and a deputy editor at ABC Everyday, reflects on a week at Sydney Writers’ Festival and the power of embracing uncertainty, of leaving parcels of wisdom awaiting in our hands, to consider and not quite yet unwrap. Sometimes, the new questions quietly forming in our minds are more important than the answers we thought we already had.

As a young girl in Deniliquin, Sundays were reserved for going to the park. The knotted dread of returning to school would untangle when my dad would bound into the living room with: ‘Let’s take the football’.

Then, after some protesting: ‘Yes, we can go to McDonalds after.'

There is a certain existential angst to Sunday. A finality. An anticipation of responsibility. The feeling of Sunday is the same everywhere, heavy, melancholy, standing still, wrote Jean Rhys in Voyage In The Dark. I also think about this passage from Michelle de Kretser’s The Life to Come a lot:

The silence between them stretched. It swelled to encompass August, and Celeste, abandoned even by Pippa, sitting at her keyboard in her shuttered room with only the daily statistics about holidaymaker fatalities to console her. A pivoting electric fan blew papers from her desk. Summer, like Sunday, could last as long as a life.

Most of the time, we look for neat answers. How to end a novel, a week, a writers’ festival, an election. We seek out tidy conclusions. A way of saying: ‘Oh, so that’s what it all means’ — whether it’s a story we’re reading, or one we tell ourselves about our own lives.

But lately, I don’t think I’m alone in wanting to embrace uncertainty. The in-between. The ambiguity in narratives, and in human relationships. As Torrey Peters says to Liz Duck-Chong on Thursday night: ‘In reality, everything is more ambivalent.’

Don’t get me wrong, I love a good narrative arc. George Saunders’ newsletter is a weekly reminder of the way Russian short story writers command the form (‘I remember when he came to the Festival a few years ago,’ my friend Mia says on our way to Carriageworks, ‘he lined up for a small event in the stalls along with everyone else.’)

An ending doesn’t have to follow a certain format, or even exist, for a story to be absorbing. This is something that has come up, again and again, from writers at this year’s Festival. Torrey Peters didn’t aim for a ‘resolution’ to Detransition, Baby. ‘The book starts with: do three people want to have a baby? And ends with: do three people want to have a baby?’ she adds, laughing, ‘and you could say: did anything happen in-between?’ Of course, a lot happens: Reese, Ames, and Katrina are all challenged, in different ways, by the idea of queer parenthood. For Peters, the emotional journey comes not through a traditional form, but from ‘stripping away the lies they tell themselves.’

Most of the time, we look for neat answers. How to end a novel, a week, a writers’ festival, an election. We seek out tidy conclusions. A way of saying: ‘Oh, so that’s what it all means’ — whether it’s a story we’re reading, or one we tell ourselves about our own lives.

In their discussion, Hannah Kent and SJ Norman celebrated the ambiguity and ‘lack of neat conclusion in any of the stories’ in Norman’s short story collection, Permafrost. Norman wasn’t keen on replicating the traditional ghost story format; they wanted to experiment with ‘how to expand on, and how to disrupt those conventions.’ What we’re left with is a collection of characters who haunt you long after you’ve set aside the book. ‘The power of the work is you don’t realise how it is you’ve come to feel unsettled,’ Kent says. In November, Norman highlighted the power of ‘ambiguity and the numinous’ in the context of another writer, Banana Yoshimoto: ‘She mostly writes short, polished, weird, sexy, magical books where not much ostensibly happens, where the story arc and endings are completely unclear, and I love her for that.’

Michelle de Kretser does this in Scary Monsters, too. As Roanna Gonsalves says in her introduction to the panel with Christos Tsiolkas: ‘Michelle metaphorically and literally turns the novel upside down.’ The two different front covers mark the two different stories of Asian-Australian characters. ‘Migration breaks lives,’ de Kretser says, ‘there’s always a before and after…after you migrate, the past is no longer a guide to the future.’ Like Peters’ Detransition, Baby, there is no clear conclusion; de Kretser manipulates chronology in her narratives. Or as Gonsalves puts it: ‘It doesn’t start at the beginning or end at the end.’

It’s not just fiction writers who are embracing ambivalence, either. ‘I like non-fiction that doesn’t have all the answers and brings readers along the journey,’ Gina Rushton says.

In that spirit, I’m not going to finish with any concrete conclusions about what I learned from the Festival, or who I fan-girled over (although, after hearing the end of Melissa Lucashenko’s story about leaving notes under Keri Hulme’s door, I think everyone should embrace light-stalking their heroes). Not every experience can be neatly packaged into a parcel of wisdom. Not everything has a take-home message. Not every sentence