Festival Q&A with your ABC Favourites

02 May 2022 Interview
Back to stories
Categories
Archives

Join the party room with your favourite ABC RN and ABC Radio Sydney presenters at Sydney Writers' Festival. This year, six ABC RN and ABC Radio Sydney programs are at the Festival – with some being recorded live! Read on to discover reading recommendations, top Festival picks and nostalgic memories of Festivals past with beloved presenters Patricia Karvelas, Fran Kelly, Cassie McCullagh and Richard Glover.

What are you most looking forward to seeing at this year’s Sydney Writers’ Festival?

Dr Kylie Moore-Gilbert is a great writer, with an amazing story to tell. Her imprisonment in Iran, and the way it changed her, is one of the most compelling books I’ve read so far this year.

You’ve been a friend of the Festival for a long time. What is your fondest – or most outrageous – memory from over the years?

I love discovering someone new, and then becoming totally obsessed with them. I’d never heard of the American writer Daniel Mendelsohn when I wandered into an SWF session in 2015 on television drama. I’ve now read all his books, many of them several times, and my dog Clancy even quotes him (with permission) in the book “Love, Clancy”. So, thank you SWF!

What three words summarise Sydney Writers’ Festival for you?

Where do you think the main battle lines are being drawn in this election?

PK: There is a battle on the economy and whether the headline figures of low unemployment and strong recovery will reward the Coalition with another term in office or whether Labor’s counter argument that cost of living and failure of real wages to keep pace will create enough anger in the community to hurt the government. The small target strategy embraced by Labor will be tested and the PM’s record in his full term will be judged.

Which sessions at Sydney Writers’ Festival are a must-see for you and all the election enthusiasts out there who want to understand the issues which will affect us all as the new government is elected?

PK: Whenever it falls, whatever the result, it seems pretty clear that one of the big stories of Federal Election 2022 is going to be the rise of independent candidates around the country. So a must-see for me is Barrie Cassidy & Friends: Independents' Day.

Just for a moment, imagine you weren’t political pundits and wanted to have a little break from media mania. Which sessions would you go to for an escape?

PK: I would definitely turn to This All Come Back Now, which features a fantastic panel of contributors discussing how the toolkit of speculative fiction allows them to explore the themes of kin, Country and memory. I'm also extremely excited about Queerstories, which promises to be a star-studded, laugh-out-loud event.

Where do you think the main battle lines are being drawn in this election?

FK: The main battle lines in any Australian election are around the economy. That’s why the Government’s focused its attack on 'Don’t risk a leader you don’t know with the economy'. Will it wash? Well, Labor’s retort is you’ve had this coalition government for 10 years and look where it’s got us. Everything’s going up except your wages. Climate policy, national security, childcare and aged care are all vote movers for some pockets of voters. But in the end, apart from the economy, perhaps the biggest decider in this election comes down to the question: Have voters had enough of Scott Morrison?

Which sessions at Sydney Writers’ Festival are a must-see for you and all the election enthusiasts out there who want to understand the issues that will affect us all as the new government is elected?

FK: Given the debate around the security pact between China and the Solomon Islands that was signed during this election campaign, it's up to all of us to understand more deeply what’s happening with our relationship with China and China’s ambitions globally. That’s why I recommend the session Real China, with author Murong Xuecun, Linda Jaivin, Louisa Lim and chaired by the BBC’s Frances Mao.

Just for a moment, imagine you weren’t political pundits and wanted to have a little break from media mania. Which sessions would you go to for an escape?

FK: This is a tough one for me. There are too many great choices! Currently I’m tossing up between Manners Maketh the Women with Wendy McCarthy, Antoinette Lattouff and Clementine Ford and On The Brink, which explores how fiction can impact thinking on climate catastrophes and the natural world more broadly. This session also features eco-fiction writer Charlotte McConaghy whose new novel Once There Were Wolves is my favourite this year.

What is your fondest memory of Sydney Writers’ Festival from over the years?

CM: I’ve been working on the Festival on behalf of ABC Radio for 13 years now and have so many fond memories – I don’t know where to start. It’s always a thrill on the first day to see all the excited booklovers assembling in the May sunshine. One moment I’ll never forget was when a big international guest (who will remain unnamed) was struck with a bad case of nerves right before her event. I asked her what I could do to help and she said she needed a double scotch! With minutes to spare, I found myself down at the Festival bar demanding it open early to sell me a drink – this was 10am in the morning, mind you. Fortuntely, the drink went down smoothly and so did the event. But now that I think of it, I never did get reimbursed for that scotch.

Which events will you walk over hot coals to see this year?

CM: Crikey! I’d see the lot if I could and one year, I’m going to take the week off work and do just that. But I’d love to see Jennifer Egan: The Candy House. She’s a brilliant mind.

How many books did you read last year and which was your favourite?

CM: My fourth-class teacher told us that true readers don’t make a big fuss about how much they read, but revel in the ideas and stories instead. That said, I read a novel a week for The Bookshelf, the ABC Radio National new fiction review program I co-host with Kate Evans. And for my other daily program, ABC Sydney Mornings, I’d read about two or three non-fiction book a week. Madness, I know. 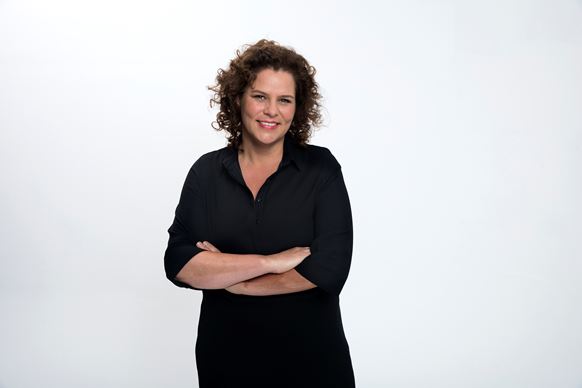 A Morning with ABC Radio Live 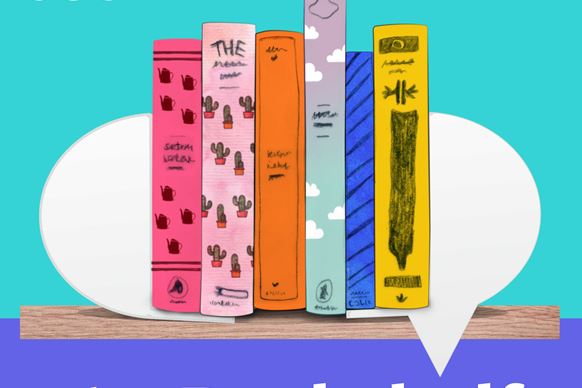