In Deep Lit: YA

09 Apr 2019
Back to stories
Categories
Archives

With over 400 of the world's leading literary luminaries and public intellectuals coming together for the 2019 Sydney Writers' Festival — and just three short weeks to get reading — honing that bedside table of books is no mean feat. To make things a little easier, we're compiling some of our favourite picks, genre-by-genre.

This week, we get In Deep Lit with our favourite YA reads from some of the Festival's standout speakers.

In the opulent world of Orleans where Dhonielle Clayton's The Belles takes place, the people are born grey and damned, and only a Belle's powers can make them beautiful. Camellia Beauregard wants to be the favourite Belle – the one chosen by the queen to tend to the royal family. But once Camellia and her Belle sisters arrive at court, it becomes clear that being the favourite is not everything she always dreamed it would be. Behind the gilded palace walls live dark secrets, and Camellia soon learns that her powers may be far greater – and far darker – than she ever imagined. When the queen asks Camellia to break the rules she lives by to save the ailing princess, she faces an impossible decision: protect herself and the way of the Belles, or risk her own life, and change the world forever.

"In this nation people assume they can write your story from beginning to end, and wait for you to fall into place on the stage that has been set, it is why every conversation scans like a hostage negotiation, with your humanity being the item that's up for deliberation."

Rafeif Ismail, Meet Me at the Intersection

Meet Me at the Intersection, Edited by Rebecca Lim and Ambelin Kwaymullina

Meet Me at the Intersection, is an anthology of short fiction, memoir and poetry by authors who are First Nations, People of Colour, LGBTIQA+ or living with disability edited by Rebecca Lim and Ambelin Kwaymullina. The focus of the anthology is on Australian life as seen through each author’s unique, and seldom heard, perspective, designed to challenge the dominant, homogenous story of privilege and power that rarely admits ‘outsider’ voices. 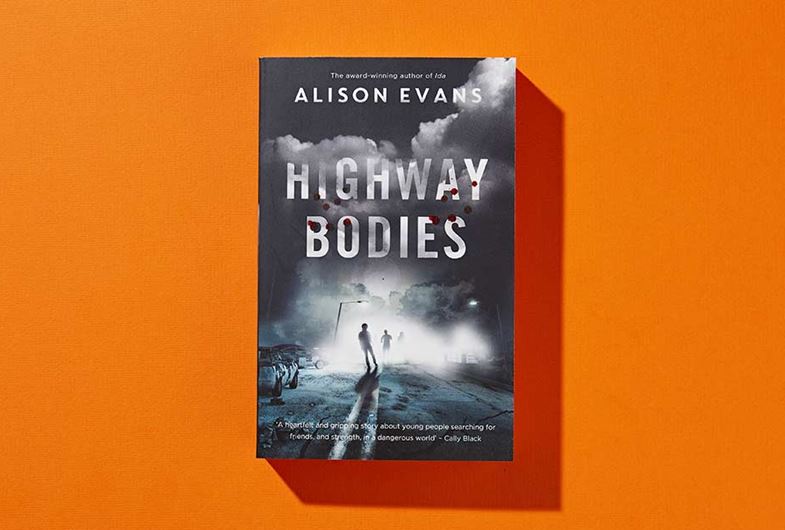 Bodies on the TV, explosions, barriers, and people fleeing. No access to social media. And a dad who’ll suddenly bite your head off – literally. These teens have to learn a new resilience. Members of a band wield weapons instead of instruments. A pair of siblings find there’s only so much you can joke about, when the menace is this strong. And a couple find depth among the chaos. Highway Bodies by Alison Evans is a unique zombie apocalypse story featuring a range of queer and gender non-conforming teens who have lost their families and friends and can only rely upon each other.

"We are not broken things, neither of us. We are cracked pottery mended with laquer and flakes of gold, whole as we are, complete unto each other. Complete and worthy and so very loved.”

Mackenzi Lee, The Gentleman's Guide to Vice and Virtue

The Gentleman's Guide To Vice And Virtue, Mackenzie Lee

In Mackenzie Lee's The Gentleman's Guide to Vice and Virtue, Henry “Monty” Montague was born and bred to be a gentleman, but he was never one to be tamed. The finest boarding schools in England and the constant disapproval of his father haven't been able to curb any of his roguish passions for gambling halls, late nights spent with a bottle of spirits, or waking up in the arms of women or men. But as Monty embarks on his Grand Tour of Europe, his quest for a life filled with pleasure and vice is in danger of coming to an end. Not only does his father expect him to take over the family's estate upon his return, but Monty is also nursing an impossible crush on his best friend and traveling companion, Percy. Still, it isn't in Monty's nature to give up. Even with his younger sister, Felicity, in tow, he vows to make this yearlong escapade one last hedonistic hurrah and flirt with Percy from Paris to Rome. But when one of Monty's reckless decisions turns their trip abroad into a harrowing manhunt that spans across Europe, it calls into question everything he knows, including his relationship with the boy he adores.

When the California drought escalates to catastrophic proportions, one teen is forced to make life and death decisions for her family in this harrowing story of survival from New York Times bestselling author Neal Shusterman and Jarrod Shusterman. The drought – or the Tap-Out, as everyone calls it –has been going on for a while now. Everyone’s lives have become an endless list of don’ts: don’t water the lawn, don’t fill up your pool, don’t take long showers. Until the taps run dry. Suddenly, Alyssa’s quiet suburban street spirals into a warzone of desperation; neighbours and families turned against each other on the hunt for water. And when her parents don’t return and her life – and the life of her brother – is threatened, Alyssa has to make impossible choices if she’s going to survive.