17 Apr 2019
Back to stories
Categories
Archives

Some of our standout sessions are about to fill up! Browse through a selection from our fastest-selling events for 2019 and reserve your spot.

Australian paleontologist Tim Flannery examines how Europe’s deep past might inform the future in Europe: A Natural History. Taking readers to a pre-history when hippos swam the Thames and giant carnivorous hedgehogs roamed Italy, he conjures a landscape of exceptional diversity, rapid change and high energy that played a vital role in the evolution of our own species. ABC’s Michaela Kalowski meets Tim to find out what this enthralling ecological history reveals about our past, present and future.

The Rosie Result is the triumphant final instalment of the internationally bestselling and much-loved Rosie trilogy by Graeme Simsion. This time, Don and Rosie have returned to Australia with a son who is struggling to fit in at school. Don enacts a plan to help, all the while contending with the Genetics Lecture Outrage, Rosie’s troubles at work and the opening of the world’s best cocktail bar. Simsion talks about the eagerly awaited finale of his hugely successful series with ABC RN’s Claire Nichols.

George Saunders in Conversation with Paul Holdengräber, 2 May, 6:30pm

A master of modern fiction, Man Booker Prize winner George Saunders sits down with Paul Holdengräber, the revered interviewer who he has called “one of the most brilliant minds in America, or anywhere”, to share insights into his life, craft and genre-bending body of work. 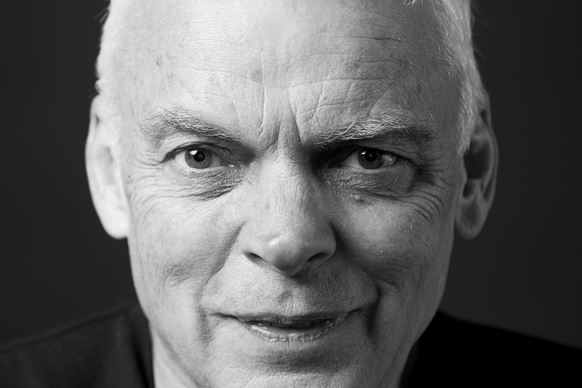 In Any Ordinary Day, ABC 7.30’s anchor Leigh Sales investigates how ordinary people endure the unthinkable. Her widely acclaimed book weaves together stories of those who have survived everything from natural disasters to terrorism – and even Leigh’s own brush with mortality – in an exploration of how people move forward from hardship not just with shock and sadness, but strength, hope and even humour. Join Leigh – a Walkley Award winner and co-host of the Chat 10 Looks 3 podcast – at this special event about her warm, wise and layered book.

Archibald Prize–winning artist Ben Quilty has assembled a heartbreaking and awe-inspiring collection of artworks by the most vulnerable victims of a brutal civil war into a book, Home: Drawings by Syrian Children. With a forward by Man Booker Prize winner Richard Flanagan, and proceeds from the book going towards World Vision programs in the Middle East, it is an extraordinary testament to the resilience of a generation of survivors. Ben talks with barrister and human rights and refugee advocate Julian Burnside QC about the book and his experiences collating it in refugee camps across Europe.

Just before the federal election, join us for this special Sydney Town Hall edition of Insiders Live, with host Barrie Cassidy and leading commentators Annabel Crabb, David Marr, Katharine Murphy and Niki Savva as they rake over the political highs and lows of the year to date and reveal their predictions for election day. There’ll be video highlights of some of the nonsense that passes for politics – and the best gaffes that 2019 has produced so far – as well as a ‘Talking Pictures’ segment with photographer Mike Bowers, The Australian’s James Jeffrey and Jack the Insider.

Chloe Hooper, acclaimed author of The Tall Man, turns her focus to the Black Saturday bushfires in The Arsonist. With a lyrical ear and a forensic eye for detail, Chloe takes her readers into the socioeconomically depressed Latrobe Valley and inside the troubled mind of the man who lit two fires on that day in 2009. Chloe sits down with Kristina Olsson to discuss the powerful thriller hailed as “true-crime writing at its best” by The Saturday Paper.

Finding The Lost Arabs, 4 May, 3pm

Over the past two decades, media representations of Arab–Australians have been dominated by news headlines about gangs, drugs, sexual assaults and terrorist conspiracies. In this urgent public dialogue, four of Australia’s most exciting Arab–Australian authors, Michael Mohammed Ahmad, Omar Sakr, Sarah Ayoub and Randa Abdel-Fattah, discuss the role that literature plays in reshaping our understanding of contemporary Middle Eastern identity.

Join Maeve Marsden for a special Sydney Writers’ Festival edition of Queerstories. Fast becoming a national institution, Queerstories was born of a desire to hear the stories LGBTQIA+ people want to tell: unexpected tales of lives well lived and battles fought. These are stories filled with pride, prejudice, love and humour that reinvent conventional ideas about narrative, family and community. There’s more to being queer than coming out and getting married. Featuring guests Elaine Castillo, Corrie Chen, Clementine Ford, Rick Morton and Vincent Silk.

Kerry O’Brien, A Memoir is an honest and intimate account of the upheavals and personalities who made history during Kerry O'Brien’s five-decade journalistic career. It includes memorable encounters with everyone from Thatcher to Obama, reflections on the 13 prime ministers he has seen come and go, and insights into the powerful people he called to account without fear or favour. In conversation with ABC Radio’s Philip Clark, Kerry discusses the greatest joys and toughest moments of his career, and appraises the state of play in Canberra today.

Richard Glover: The Land Before Avocado, 5 May, 1:30pm

The Land Before Avocado is Richard Glover’s uproarious and anti-nostalgic portrait of Australia in the 60s and 70s. Described by Annabel Crabb as a “hilarious and horrifying … intergenerational conversation starter”, The Land Before Avocado vividly charts the shortcomings of the Australia that baby boomers like Richard grew up in. In a special event, the ABC Radio Sydney host and Fairfax columnist discusses his warm, witty and wise look at how we used to be and how far we’ve come.

Literary sensation Andrew Sean Greer takes to the stage to discuss his Pulitzer Prize-winning novel Less. Less is the story of an abruptly single minor novelist on the cusp of 50, who embarks on an odyssey through New York, Paris, Berlin, Morocco, India and Kyoto, but finds he cannot outrun his problems (or his ex-boyfriend’s wedding). In conversation with David Marr, Andrew sheds light on his brilliantly witty and wistful satire of the literary world and the midlife crisis.

Richard Glover: The Land Before Avocado