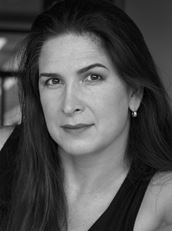 Pamela Rabe is one of Australia’s most prolific and highly awarded actors. Her work in television includes The Secret Life of Us, Mercury, The Bite and Stingers, and most recently Wentworth, for which she won a Silver Logie Award for Most Outstanding Actress in 2018, and the AACTA Award for Best Lead Actress in a Television Drama in 2015. The final scene of the fifth season, in which her character Joan ‘The Freak’ Ferguson meets her apparent demise, was nominated for TV Moment of the Decade in the 2020 AACTA Awards.

Recent television roles include Principal De Rossi in the mini-series The Hunting and Maude in Fucking Adelaide. Pamela has appeared in several feature films including Sirens alongside Hugh Grant and Sam Neill, Paradise Road, Vacant Possession, Cosi and The Well, for which she won the 1997 AFI, Stockholm Film Festival and Variety Club awards for Best Actress.

For her work in theatre and musicals, amongst numerous nominations, she has been awarded three Helpmann Awards for Best Actress for The Children, The Glass Menagerie and Grey Gardens, eight Melbourne Green Room Awards, a Sydney Critics’ Circle Award and a ‘Mo’ Award.

Other notable credits include The Dance of Death, Ghosts, The Cherry Orchard, A Little Night Music, A Room of One’s Own, The Wizard of Oz, Les Liaisons Dangereuses and, while a founding member of the Sydney Theatre Company’s Actors’ Ensemble, several acclaimed productions including Mother Courage and Her Children, Benedict Andrews’ The War of the Roses and The Season at Sarsaparilla, and Barry Kosky’s The Lost Echo. Pamela has also directed plays for Sydney Theatre Company, Melbourne Theatre Company and Malthouse Theatre.